The two monolithic artists Edvard Munch and Gustav Vigeland go head-to-head in a rocking discussion about world politics, genius playwrights, and public sculptures in pandemic times. The scene is followed by a conversation between Rose Hammer and art historian/curator Kari Brandtzæg.

Rachel Grepp and Hanna Adolfsen, two leading ladies of the Women's Association of the Labor Party discuss sexism within the party, the workplace and the broader public sphere of Oslo. Along the way to the much anticipated Labor Party Congress of 1918 they meet their fellow comrade Martha Tynæs, who seems to believe that Bolshevism and agitation are the real contagions within the party. Afterwards Rose chats with Sofia Rana from Rødt on current notions of solidarity, organising and the workers struggle in the air.

A huge clash between the reformists and the radicals is about to take place at the Labour Party congress. But what on earth does Veslefrikk have to do with Martin Tranmæl reaching parliament? Is this just another of those RAT-icals scheming shenanigans! Guests in the show are Chantal Mouffe, Mímir Kristjánsson, and the new leader of AUF, Astrid Willa Eide Hoem.

Vor Frelsers graveyard in Christiania. Everyone who's anyone is here. Ingeborg is a 23 years old medium, roaming town on her own - for once. Johanne is a 56 years old diva, playing Medea at the National Theatre. Johan is a 53 years old 'fanatical rationalist', eager to voice his opinion. Aasta is dead - but not gone.

A group of important gentlemen exchange on art and politics, oblivious of the plague that is ravaging the city, the Spanish Flu. These gentlemen, Gustav Vigeland, Edvard Munch, Martin Tranmæl and Johan Scharffenberg, are about to be hammered by the bishop of Norway, Luxemburger Johannes Olav Fallize, for their decadent lifestyle.

At Frimurerlosjen, the Masonic Grand Lodge, the kitchen is operating at full steam, serving a lavish banquet dinner for 180 wealthy guests. The play is followed by a look at challanges of precarity meeting workers today.

CHAPTER 6 - NO STEAM AHEAD

As the second wave of the Spanish flu strikes Kristiania, we meet an ensemble of characters from all corners of society around the dining tables of the city's busiest restaurant, Dampen in Torggata 8. Special guests: Singh family from Punjab Tandoori in Oslo and Silvia Federici.

Extending outside the borders of Christiania, we reach further north in order to give attention to peripheral pasts. Uncovering the virus that we can't see, but that spreads itself in a set of instances, situations, actions, the outcomes of which may endure for generations.

A voice narrates the eight episodes of The Radical Flu. But who's speaking? A voice that was silenced too soon, victim of a 3.000-year-old plague, heteropatriarchy. In this epilogue, the voice gets a name, and we hear the story of that name, as it demands justice, justice, justice.

Ring-a-ring o' roses,
A pocket full of posies,
A-tishoo! A-tishoo!
We all fall down. 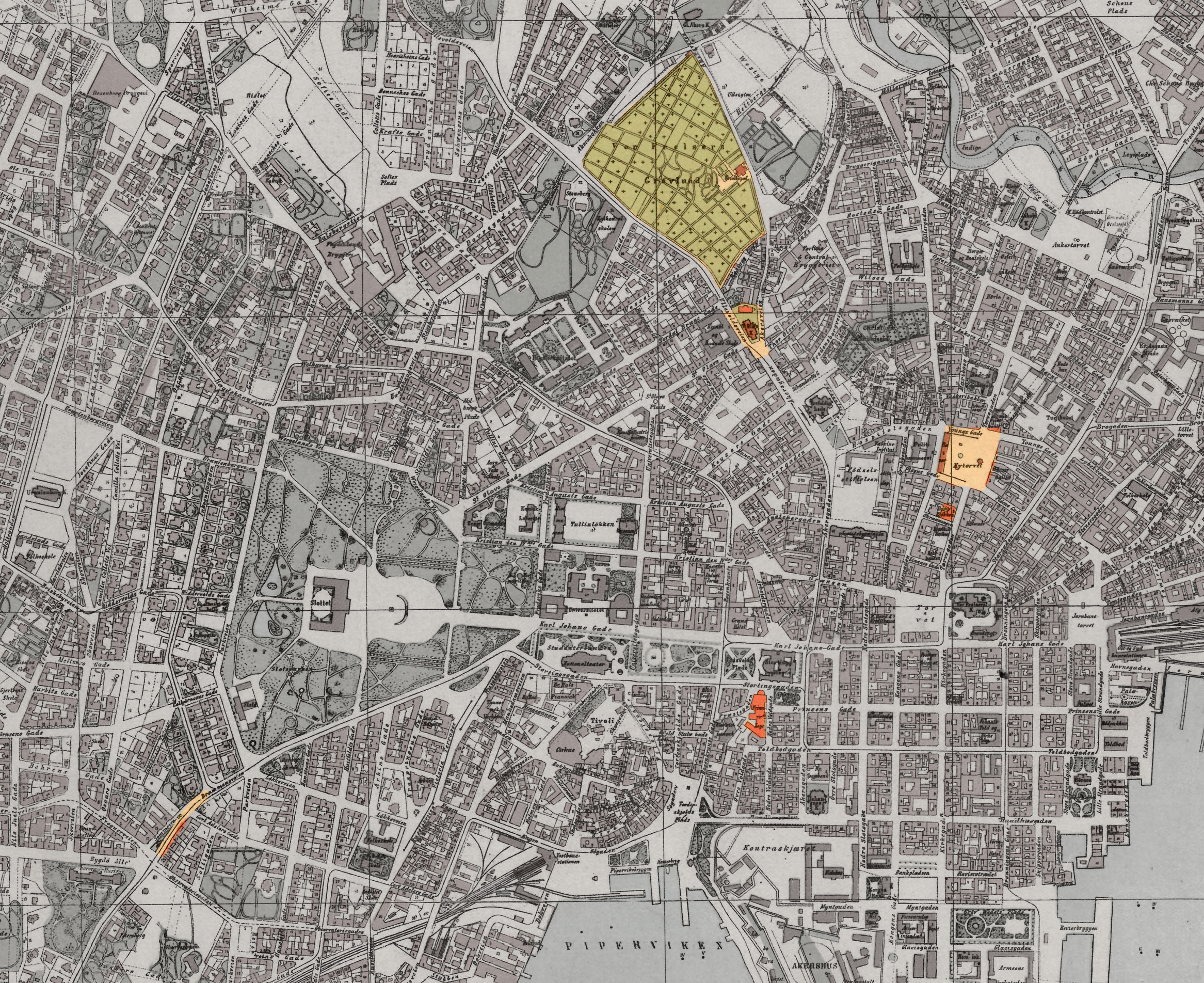 The Radical Flu takes place in Oslo 1918, or Christiania as the city was called at that time. In 1918 three elements converged in Norway: the end of the war, the Spanish flu, and the convulsions brought by the Soviet revolution in Russia. Women's rights were on the rise, as well. So was Fascism.

We started working on this piece in September 2019, after an idea of adapting the 1947 novel The Plague by Camus (and the 1965 opera edition by Roberto Gerhard) to the 1918 epidemic of the Spanish Flu that swept Norway and the world. The recent, traumatic coronavirus pandemic gave a twist to the production, turning it into an urgent, real time play, involving the unpredictable and the real.

THE SPANISH FLU: La Grippe, La Gripe Española, or La Pesadilla
How can one understand a virus? A virus is a small infectious agent that replicates only inside the living cells of an organism. Viruses can infect all types of life forms, from animals and plants to microorganisms, including bacterias.

Fascists often use the biological metaphor: seeing Das Volk (the people) as a healthy body assaulted by cancers and diseases in the form of Jews, Roma, communists, homosexuals and disabled people, which need to be removed and extirpated from the healthy organism; the same goes for white supremacists ("Make America great again").

Influenza A, virus subtype H1N1 - responsible for the Spanish flu, among others - is an unusually severe and deadly strain of avian influenza, known informally as "avian flu" or "bird flu" as it is caused by viruses that comes from birds. The disease caused an exceptional number of deaths, possibly due to the cytokine storms the disease triggered in the body, in which infected lung cells lead to the overstimulation of the immune system through the release of cytokines. This results in extensive leukocyte migration toward the lungs, causing the destruction of lung tissue and the secretion of liquid into that organ. This makes it difficult for the patient to breathe, and that could develop into pneumonia. The Spanish flu was spread by human coughing and sneezing. "The spread" is interesting as a metaphor: it could relate to war, pandemic (which also leads to quarantine), and to the spread of ideology (fascism, capitalism, or communism). 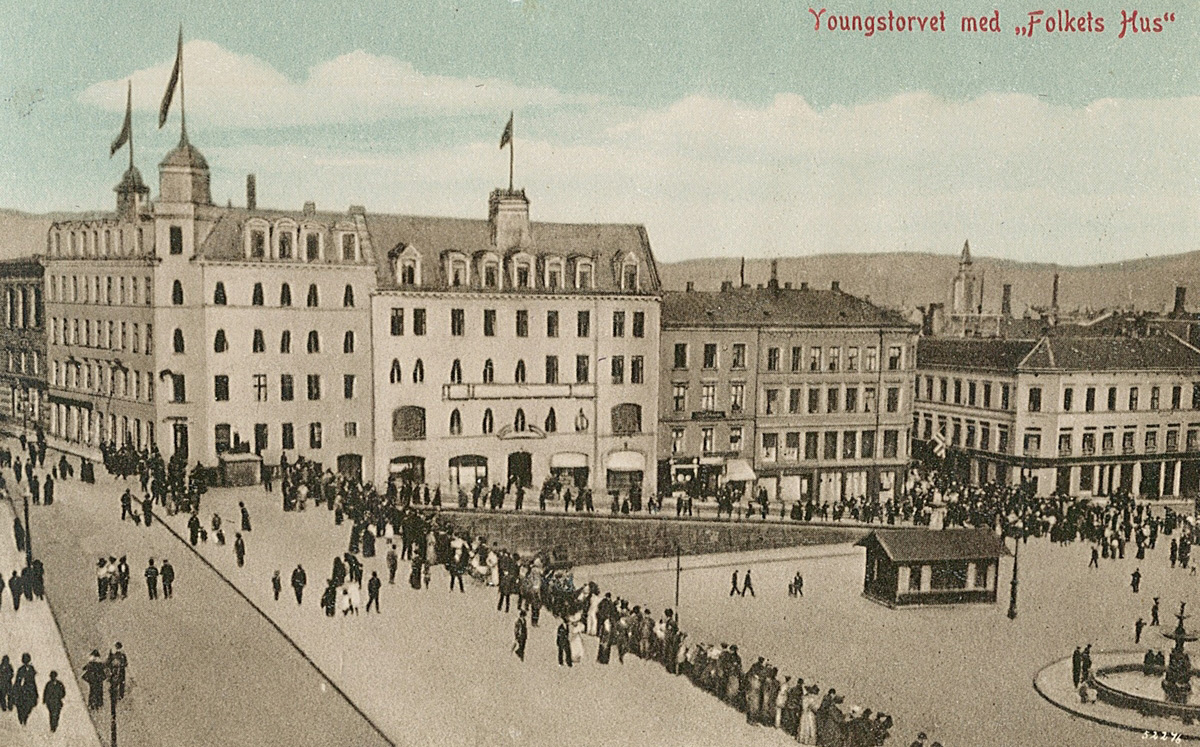 The first confirmed incidents occurred in Christiania (Oslo) on 15 June 1918, and were most likely transmitted from trade ships coming from Scotland. To avoid infection, the government and doctors encouraged proper hand washing and hygiene, and advised against congregating in huge masses of people. In lieu of antiviral medication, every household in Norway was prescribed a bottle of cognac as treatment. This was really an exception, because during this time it was normally forbidden for shops to sell alcohol. Schools, cinemas, assembly halls, and churches were closed for some weeks in the fall of 1918 to prevent the disease from spreading. If you got sick, you were advised to go home quickly and stay there until you got well. The flu was made a private, family matter. Many died in their beds, infecting other family members as well.

Survivors of the flu suffer gruesome aftereffects, writes social demographer Svenn-Erik Mamelund[1]. Norwegian society was heavily affected a long time after the pandemic was over, as most victims were between 20 and 40 years of age. The Spanish flu ripped apart many families and left many orphans behind. Workers then struggled to get back to work. There were no longer enough workers to perform the same levels of work that had been done earlier. The ensuing chaos deepened poverty, and many were forced into the poor houses.

The gates are closing
In Camus's The Plague, the Algerian city Oran closes its gates and seeks to survive the outbreak of the disease. Suddenly we found ourselves in the same narrative. The borders were closed and we learned how to incorporate the word lock down into our vocabulary. After feeling exhausted by the newspaper's live feeds, we started to ask how the story would continue.

Some historical moments are like crossroads and the future can take several turns. Is it possible to pin these places on a physical map? Where would they be situated in and around Christiania (Oslo) in 1918? In the Radical Flu, the characters are roaming the streets, waiting for the tram or just having lunch at the usual café. The city, with its public spaces, becomes a room where random meetings can happen. Maybe you meet your political opponent, or that colleague you don't agree with. You start to discuss and suddenly realise that you are standing in that crossroad. 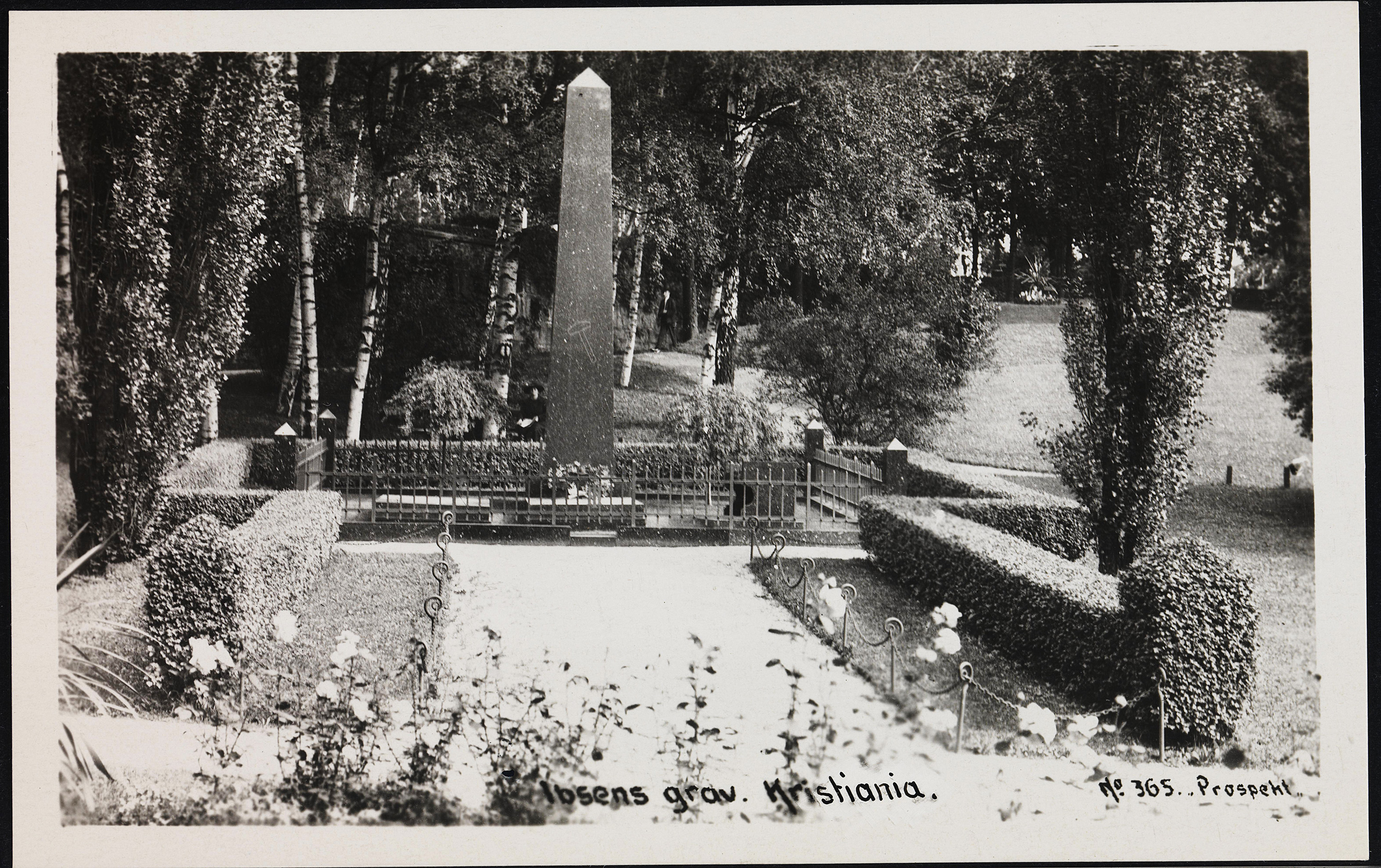 Vor Frelsers gravlund, the Cemetery of Our Saviour
Dampkjøkkenet, the Steam-kitchen, in Torggata 8
Frimurerlosjen, the Masonic Grand Lodge, at Nedre Vollgate 19 in the city centre
The tram station at Solli plass
Youngstorget
Akersveien, the street outside of St. Olav's Cathedral
The Methodist church in Trondheim


Constellations
With the city as a backdrop, we developed the action in the form of "constellations'' with clusters of actors representing different sides of the play. The constellations sometimes interact with one another and actors can move from one to the other. These are some of our dramatic personae:

2. A doctor, or there are actually two of them. Doctor Rieux is the witness, who works to combat the Spanish flu simply because he is a doctor. Our doctors have in contrast strong political views and mirror the political tendencies of the times. They both share a modern belief in health, hygiene and cleanliness that manifest in the promoting of everything from absolutism, bodily cleanliness, physical exercise, a nutritious diet, all the way to racial hygiene.

3. Politicians. Mostly represented by members of the Norwegian Labour Party. 1918 was an eventful year for the Labour Movement. Both in Norway and internationally the debate was heated within the movement over what path to follow for the continued struggle. The pandemic, even though it was in the backdrop all the time, was not politicised. It was seen as a phenomena that was out of human control and could maybe be compared to how we look at natural catastrophes, like earthquakes and such today.

4. Artists. As a theatre group, we find the role that the arts play in situations of political urgency a crucial discussion. Insomuch as art embodies political ideas and narratives, it also has the potential to change them. It can make us understand the situation we are in and the possible roads ahead.

5. Women. It is important for the play to underline the relevancy of women at that time, a relevancy that was and still is profoundly underplayed.

6. Sami activists. The Spanish Flu hit the population in Sápmi very hard, which to a large degree has been forgotten. The Sami community also started to organize politically at the time. Bringing parts of this story into the larger history of Norway's social movements has felt urgent.

5. Mediums. Spiritualism was a big fashion during the turn of the century. This tendency is also present in our play.

7. The prophet. A religious zealot that represents a panic about the end of the world. He has a tone of the Grim Reaper about him, and sees the plague as a punishment for a "degenerated" society. In Camus's novel, the religious zealot is Father Paneloux, who championed a pure form of Christian doctrine and chastised his audience for their laxity.

7. The Choir. Representing the masses of the city. In a sense it is the most important character, embodied by a variety of voices partly stepping out of the crowd.

Rose Hammer is an artistic persona consisting of several artists. The group aims to escape the logic of the individual artist, becoming instead a transnational, transgenerational, transdisciplinary persona, an internazionale femme fatale.

The Radical Flu is the second part of a planned trilogy, National Episodes. It was created as a response to an invitation from osloBIENNALEN to create a work in public space. For this series of work Rose Hammer carefully considers relatively unknown stories at the origin of mainstream notions of identity, nationality and history, in order to construct a counter narrative, and to present it following the rules of Brechtian agitprop: with explicit, clearly formulated political positions, non-hierarchical dynamics, and a reductio ad absurdum of notions such as professionalism, virtuosity and entertainment.

The Radical Flu is produced in collaboration with osloBIENNALEN, Notam and Radiorakel, supported by KUF KHiO and commissioned by osloBIENNALEN FIRST EDITION as part of Rose Hammer National Episodes.

osloBIENNALEN is initiated and owned by the Agency for Cultural Affairs, City of Oslo. 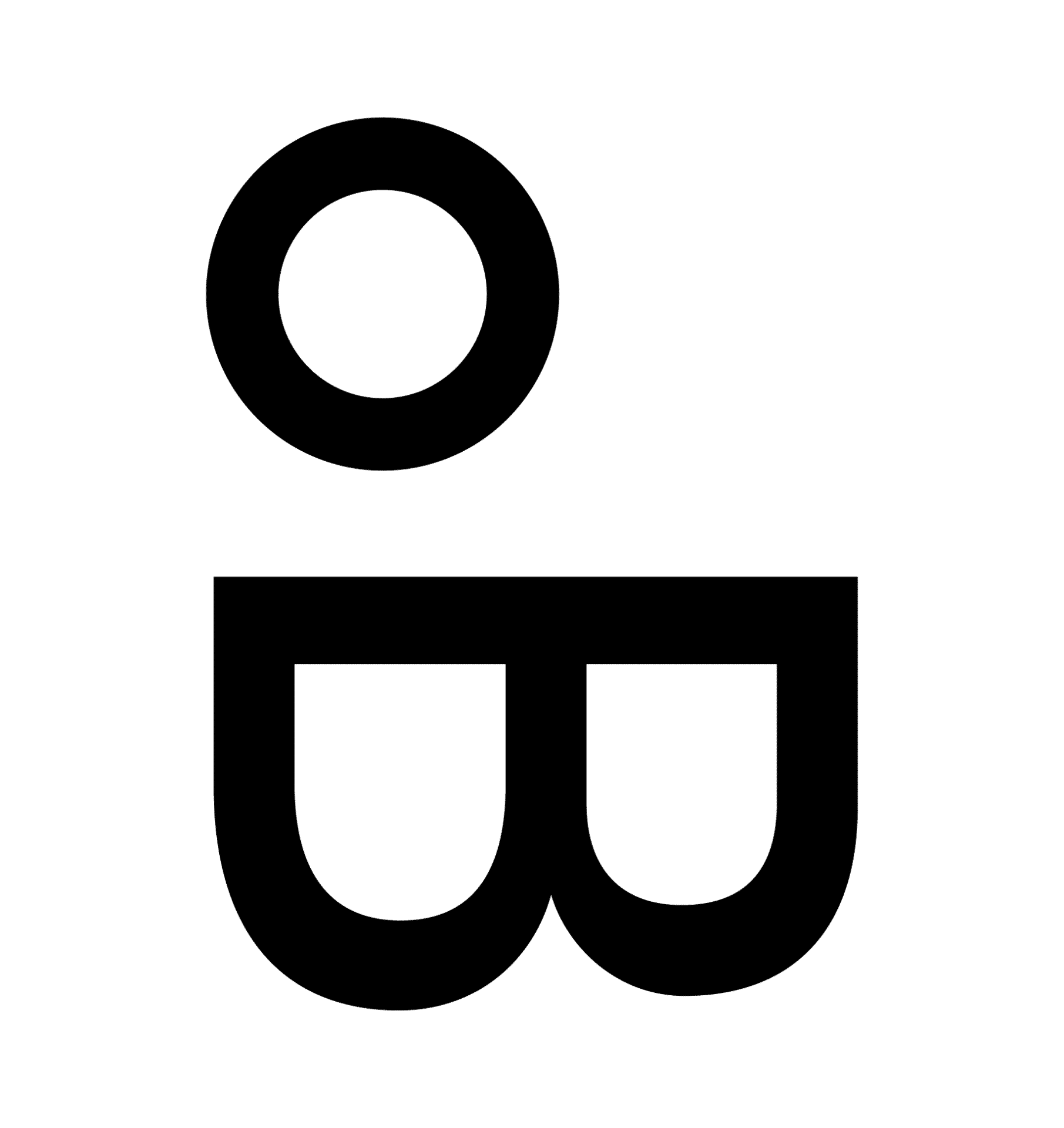 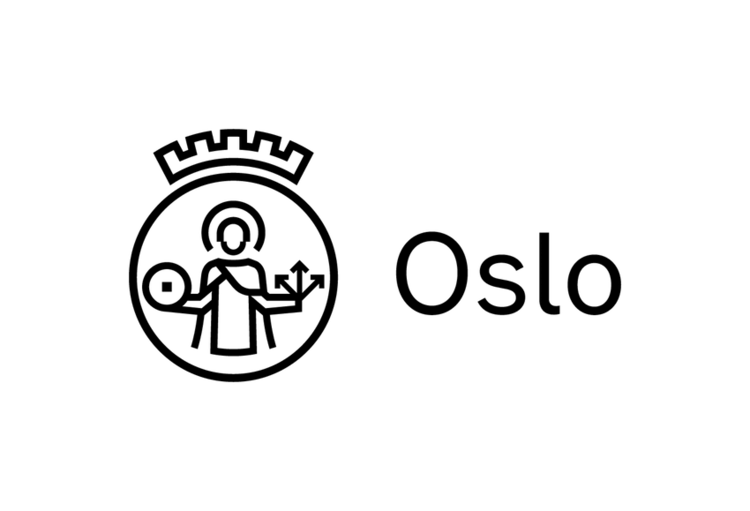